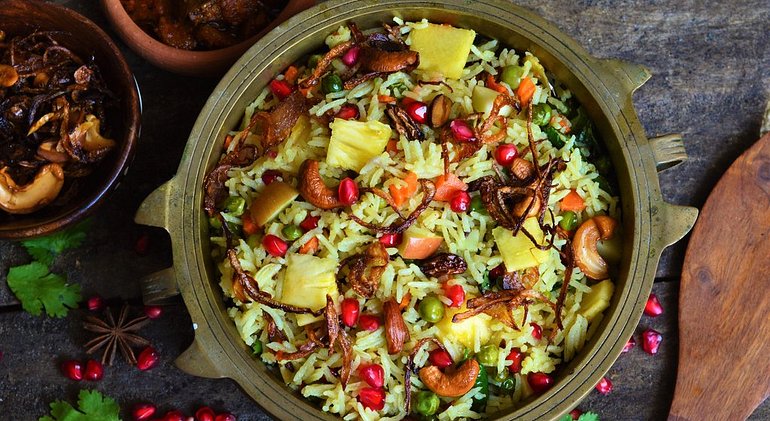 The debate between Pulao and Biryani is coming from generations. Some people like Biryani the most others are more Pulao persons. However, the world cannot choose between one. What makes a pulao different from Biryani? Biryani is technically using the draining, while Pulao uses the absorption technique in cooking. However, in terms of spices, Pulao gives a mild taste. So, the pulao is the best option for those who can't handle spicy food.

Talking about Pulao and not mentioning the world's famous Indian Kashmiri Pulao in highpoint is a little unfair. Kashmiri Pulao's popularity highly depends on its delicious fragrance, of which Saffron is a key ingredient. In Indian Kashmiri Pulao, basmati rice is cooked in milk and then loaded with lots of dry fruits and fruits, which is the specialty of this cuisine. The addition of milk and other accessories makes Pulao different than Biryani. This rice dish is a perfect example of so many flavors in one plate, and still not spicy.

Where can you find the best Pulao at Indian restaurants in Highpoint? Now, that's a good question. 68 Indian Bistro is providing high-quality services in this regard. They serve mouth-watering Indian cuisines of almost every kind.