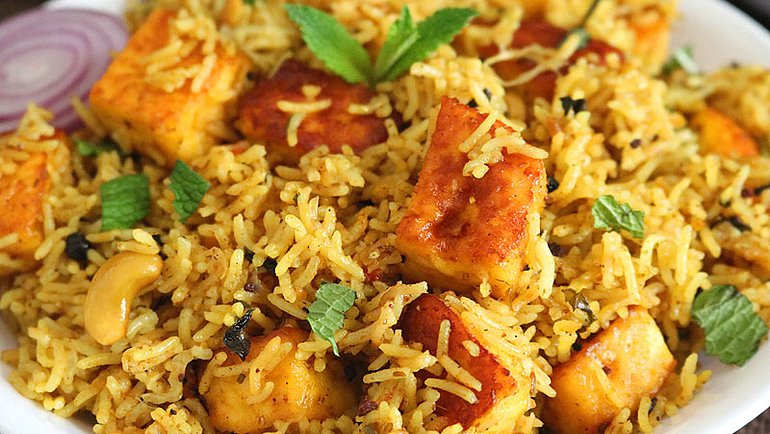 If you are a paneer fan, then you certainly know how delicious Indian paneer Biryani tastes. Paneer, if you don't know, is also known as Indian cheese. Biryani is a rice dish which makes with meat. However, India has the highest percentage of vegetarians. The country creates its own special Biryani, specifically for vegetarians, Paneer Biryani. In this paneer and vegetables are used instead of meat.

How many calories do you gain?

If you are worried about your diet, one paneer biryani serving contains 153 calories, eight percent of an adult's daily diet. It tells that this cuisine is very healthy.

Where can you experience it?

If you are looking for Indian restaurants in Highpoint to enjoy this delicious cuisine, then 68 Indian Bistro is the best option you can find in your city.